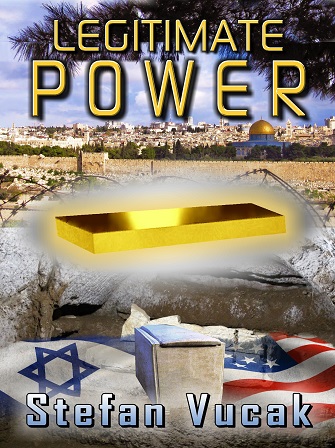 Cheber Shaken was merely digging a garden spot for his wife when he discovered an underground cavity containing two ossuaries (stone caskets) containing ancient bones 2,700 years old. There is strange writing not familiar to experts, plus the bones were also an oddity; not human DNA, and the heads were elongated with huge eye sockets, indicating an alien species of unknown origin. If this wasn’t enough, there is a strange gem that appears machined, not natural.

The story follows the sale of the discovery from Shaken as it goes to higher levels, each time the value increasing, until the gem finally goes on an open auction to the highest bidder. This is where things get deadly. The winning bid of four hundred thousand dollars goes to an American industrialist. Although no one is sure what the gem is, he believes it is a quantum computer, an alien device that could revolutionize world technology. Other countries are also aware of its potential, and Israel wants it back, under its national treasure tag, and their Mossad unit is activated. China also wants it, and sends their Second Bureau assassins after it.

Legitimate Power was an exciting and interesting tale of what the discovery of new technology could mean for the world, as well as the world problems it also creates. From a simple husband digging a garden to world governments approaching world war over something no one actually understands, and modern scientists won’t for hundreds of years or more. A minor gripe with the story involved the American industrialist, a billionaire most likely; who quietly pays four hundred thousand dollars for a small gemstone, then hires the worst security to keep him and his family safe. Gads, they did nothing right. Yes, they were up against professionals, but they were also supposed to be professionals. The private security aside, this was an intriguing story, well written with an interesting plot set some time in our near future (though we’re not sure how far or near). The pace is good, but could have been tightened. Too much detail is given to each character, regardless of how small or large their part. The detail is good, as it gets the reader invested in the characters, but the next page they get their brains splattered across the wall, and our investment falls flat. It kept me turning the pages, however, and that’s what matters in the end. Highly recommended for readers who enjoy intrigue and thrills on an international level.

Read reviews of my other books. 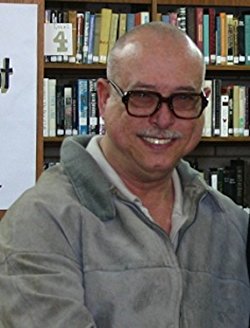 Tom Johnson was a voracious reader from childhood beginning with the Golden Age comic books to classic literature. Exciting adventure stories entertained him until he discovered science fiction and hardboiled detective mysteries. By his early twenties, he discovered The Shadow and Doc Savage pulp reprints in paperbacks, and was hooked on the fast-paced action novel. This led to collecting and research, which eventually interested him in writing. Today, he still loves an exciting action novel over movies and television. Tom and his wife, Ginger have received numerous awards in the field for their work in keeping the old stories in the spotlight for new readers seeking escape in a thrilling adventure novel.

Author of Cold War Heroes and many other books!

Book Reviews Legitimate Power
Back to the blog